Books are $22 each plus postage

My two Tarkine the Tasmanian Tiger illustrated books have had a very professional makeover and have been newly published under the Forty South Publishing banner in Hobart. They are available through their contact points at: website: www.fortysouth.com.au, facebook: http://www.facebook.com/fortysouth, e mail: lucinda.sharp@fortysouth.com.au

A full precis will be in their wonderful masthead magazine ‘Tasmania Forty South’, June edition.

‘Tarkine’ with his motto ‘Don’t expire…light your fire’ entertains with an underlying serious message about our fragile ecosystems and endangered species. While aimed at children his subtle messages also appeal to teenagers and adults alike.

So how do things become extinct? Asks Tarkine as he takes two children through the wonder-world of nature’s eco and bio-diversity systems in book one. In his illustrated drawings, David has Tarkine explain how some things have become out of balance and what we, as humans, can do, to correct this.

Tarkine’s story (which is the name of the wilderness area where the last tigers were seen in the wild) rhymes to the rhythm life, and we all should appreciate that, says David.

The second book has Tarkine taking off in his Tiger Moth to visit the planet’s most endangered species. Tarkine and the children travel from Antarctica to the Arctic and from Africa to the Americas. Particular reference is paid to Australia’s endangered species, including the Great Barrier Reef.

Younger children will be drawn to the pictures and story rhymes he says and older children will follow how complex things are made simple through the combination of drawings and scientific facts from the World Wildlife Fund(WWF). Schools, particularly could benefit and Teacher’s Notes are also available through Forty South. 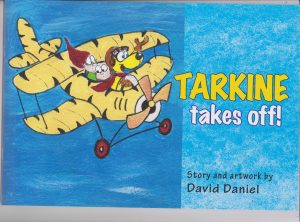 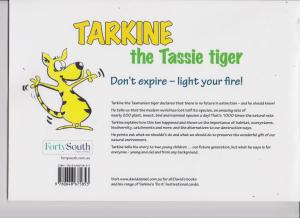